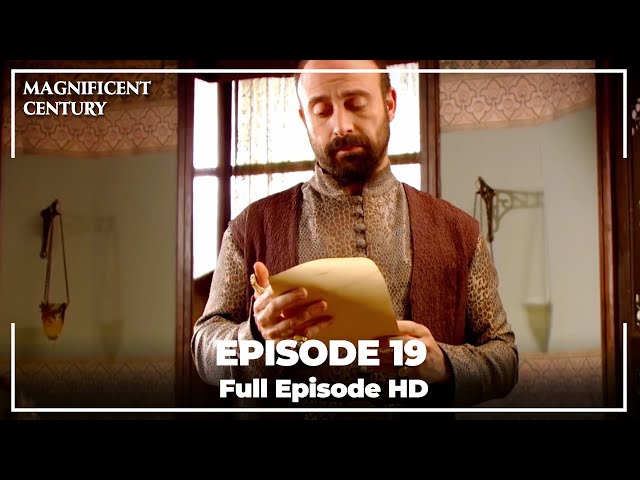 Rebellion in Magnificent Century! The jannisaries take the advantage of Sultan Suleiman and İbrahim Pasha’s absence, and burns down and loots the city. The flames rising from Istanbul… As the Janissary Rebellion grows vitallyi how will the noble family members deal with this disaster?
Hürrem tries to convince Leo to leave as she gets the chance to talk to him at Sultana Hatice’s palace. Sadıka watches secretly in the place she’s hiding as they’re talking alone in the hall.
Nigar tries to get rid of the hood Gülşah has thrown over her head. As Nigar struggles to be able to breathe in the hood, Mahidevran walks in the room. Nigar sees Mahidevran as she takes the hood out. What does Mahidevran want from Nigar?
The things Hürrem told Leo devastate him and he goes out to the palace’s garden away from Hürrem. As Leo watches the portraits of Hürrem, Victoria walks into the garden and tries to see the Leo’s paintings hiding behind the bushes.
İbrahim Pasha sets of to Egypt to quench the Ahmed Pasha’s rebellion and gets news from Kadızade. Kadızade has already intervened Ahmed Pasha’s rebellion before İbrahim Pasha gets to Egypt.
When İbrahim Pasha arrives to Cairo, Suleiman is on a hunting vacation with his princes and Hürrem in Edirne. This absence in the capital arouses the Guild of Janissaries.
Guild of Janissaries gets the news that Sultan Suleiman is on a hunting vacation out of İstanbul. Mustafa Aga starts to revolt taking the advantage of the absence in the capital that the Guild of Janissaries are disturbed of the spendings on Sultana Hatice’s wedding and their campaign expectations hasn’t been met.