Home»Make It With You – Episode 29 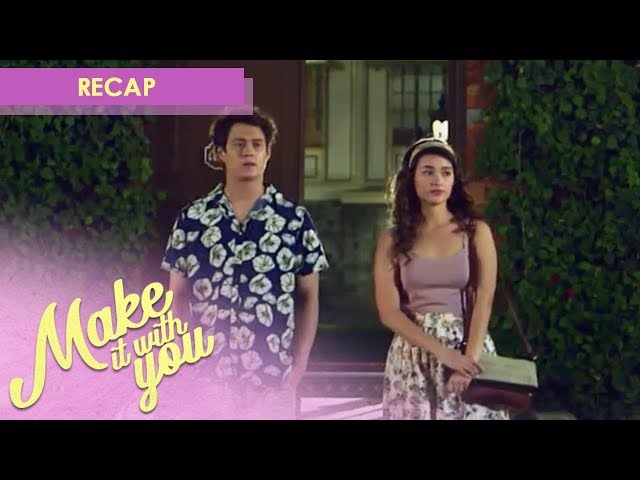 Determined to trace Billy’s (Liza Soberano) whereabouts, Sputnik (Khalil Ramos) uses his knowledge of the law to gain access to the bar’s security camera footage. Billy, on the other hand, becomes horrified when she wakes up in an unfamiliar place. Later, Gabo (Enrique Gil) finds himself in hot water as his act of kindness gets tainted with malice. Failing to maintain his pretense, Rhamboy (Anthony Jennings) resumes on pestering Cesca (Daniela Stranner).

Gabo’s revelation about his sudden departure from Croatia finally gives him and Billy (Liza Soberano) the closure they both needed to move on from their short-lived romance. Back in Nueva Valencia, Tony and the workers of Pusong Dimagiba worry for the future of their business due to their products’ declining quality. Wallowing over her heartbreak, Rio makes a reckless decision involving a man she just met. (With English Subtitles)